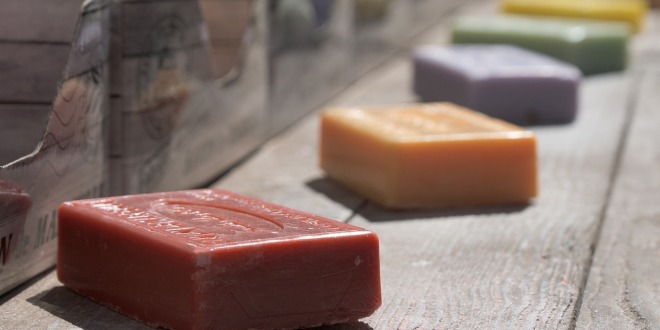 Let us consider two scenarios, both of which begin the same way:

Emily has worked for Soap, Inc. for seven years. She has very few coworkers of color. All of her bosses are white. Every once in a while an overtly racist incident will happen—like when someone pitched a commercial of a black woman washing herself white with the company’s soap—and it always falls to her, as a black woman, to speak up, or no one else will. In fact, after that particular incident, the company tasked her with starting a diversity committee. But it just sort of fell apart after a few months, because she had been given no resources and her white colleagues had shown little interest in participating. Recently, she learned she makes at least 10% less money than many of her colleagues who have the same responsibilities and experience. The official reason is that those employees went to prestigious private colleges and she did not. Fed up, she finally sets up a meeting with the CEO, Frank, to explain how wrong it is for her to face these disadvantages at the company.

Now our two scenarios diverge. In Scenario A, Frank responds like this:

Emily, you’re right. I actually am racist. I will tell you this because no one will believe you. I came up with that racist ad to mess with you. I also put you in charge of an unfunded committee to show you how futile it is to try to change the company. I know having a couple minorities around is good for the company’s image. But I don’t think of you as equal. I just want you to stay in your place.

Emily, we really value you here and would be sad to see you go. Do you ever think you’re making things about race when they’re not? The marketing folks just weren’t thinking with that stupid ad. It’s good you caught it, but you know they didn’t mean it to be racist. And I personally assure you the company never considers race in personnel decisions. We always just pick the best people.

If we compare these two scenarios from both Frank’s and Emily’s perspectives, we are likely to end up with two extraordinarily different interpretations. From Frank’s perspective, the two situations are completely the opposite of each other. Scenario A is flat out racist—shockingly racist, lawsuit racist—whereas Scenario B is not racist at all. In Scenario A, Frank would recognize Frank as the villain. But in Scenario B, Emily is the one causing trouble. For Frank, the overriding differences between the scenarios can be found in his intentions. Without racist intentions, there’s no racism.

From Emily’s perspective, however, the two scenarios are basically the same, both racist. Yes, in Scenario A, she would be surprised to hear her boss confess racist intentions. But hearing that malice would not be inherently worse than hearing the ignorance and apathy of Scenario B. Indeed, while the shock of hearing it said to her face would probably sting, such honesty might also come as a breath of fresh air. But either way, both scenarios leave her working in a situation that is biased against her as a black woman and in favor of her white colleagues. Neither scenario gives her hope things will change. For Emily, the overriding similarities between the two scenarios are found in the actual conditions in which she must work. Racism inflicts harm regardless of anyone’s intentions.

Although both perspectives may be understandable, they are not equally valid. One perspective prioritizes a white man’s feelings (he feels racist in only one of the scenarios), while the other perspective prioritizes a black woman’s life (in both scenarios she lives and works in “separate and unequal” conditions). Making intentions the beginning and end of the story of racism is itself racist because it prioritizes white people’s feelings over the lives of people of color. The lives of people of color are unequivocally more important than the feelings of white people.

This needs to be said so clearly and forcefully because, as Ijeoma Oluo writes, conversations that could deal with “the real, quantifiable harm being done to people of color” often get hijacked and turned instead toward “the feelings of white people.” This is misguided, among other reasons, because, as Oluo writes elsewhere, “We can get every person in America to feel nothing but love for people of color in their hearts, and if our systems aren’t acknowledged and changes, it will bring negligible benefit to the lives of people of color.” Nandi Kayyy puts it still more concisely: “Racism is not about intentions, it’s about outcomes.”

What actually happens to people who are being hurt is always more important than whatever other people may feel or mean by some statement or action or another. In short: Lives outweigh feelings.

Some may find Frank in a lose-lose situation: racist if he admits, racist if he denies. How can he win? Frank can only win when Emily wins. Frank does not need to admit or deny. He needs to change. Thankfully, if those good intentions he espouses in Scenario B amount to anything more than a smoke screen, he will want to. Indeed, in the end, that’s the role our good feelings can play, not to help us dodge racism but to drive us to do something about it. So let’s imagine an entirely different outcome. In Scenario C, Emily shares and Frank responds like this:

Emily, thank you for speaking up. Let’s fix it.

And then, together, they do.

My gratitude to Ray Allen, Austin Channing Brown, Robin DiAngelo, Michelle Alexander, Eduardo Bonilla-Silva, Ibram X. Kendi, and especially Andre Henry, among so many others, for helping me understand.